In July, actor Simon Callow will share the experiences of a father and son fleeing persecution.

I met and interviewed Matofu and Suphi (names changed) on behalf of Frontline AIDS. They had experienced years of intimidation and violence simply because Matofu is gay. After fleeing Uganda four years earlier, when Suphi was just six, the father and son then faced daily attacks at a refugee camp.

They have now safely relocated, thanks to the advocacy work of a local human rights organisation (CHRR) with support from Frontline AIDS.

Matofu shows the scar on his son’s ear from when a man chased him and split it open with a metal rod. He also shows the pictures of Suphi being brave while getting it stitched, being cuddled tightly by his father. That was Boxing Day 2016. The second attack tipped them over the edge. Tears free-fall from the devastated father’s face as he tells how three men dragged Suphi to a graveyard in the refugee camp and drugged him, probably with chloroform. He believes they intended to bury his son alive. He heard Suphi scream before the handkerchief was placed over his face and ran in his direction. Matofu believes he saved his child’s life by minutes. That night he packed a bag and he and Suphi were on the road again.

In the ‘safe house’ all Suphi had was a disintegrating football, a Road Dahl book he had read cover-to-cover, Connect 4, and a card game he didn’t have the rules for. Although he was happy he could now play without being hassled, it was also lonely. “I was just alone,” he says. “There was just that ball of mine, but I was getting tired of it because of playing alone.”

Read the full story on Frontline AIDS and tune in to Radio 4 on 21 July or 25 July. 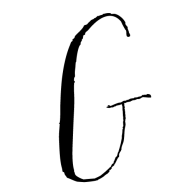